If you happen to be in Okinawa between late January and early February, you will be among the first people in Japan to witness the yearly cherry blossoms. Spring is a period when the archipelago becomes famous for more than its beaches, as there many places where you can enjoy cherry blossom festivals. Here we will reveal the most recommended places and festivals you can attend. 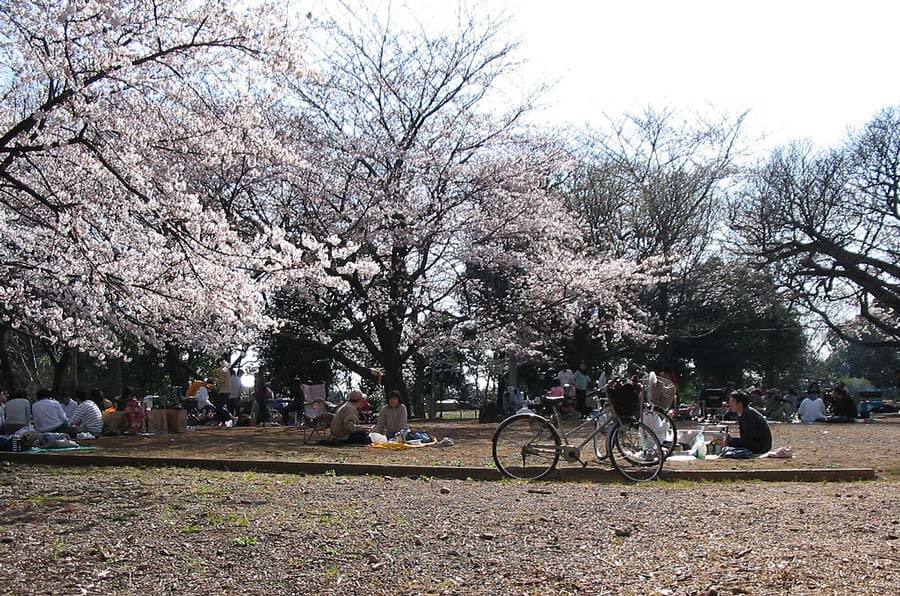 The Naha Chura Cherry Blossom festival is held in Manko Park, which is a natural wetland area located in Naha City. Throughout the year, Manko Park attracts many visitors for its beautiful bird species, mangroves, and walking trails, but in the first half of February, the place becomes magically transformed as its 1,000 sakura trees go into full bloom.

There’s a weekend festival on the first or sometimes second weekend of February. Regardless of whether or not you attend the festival, it’s still an incredible experience to walk along petal covered trails underneath sakura trees. 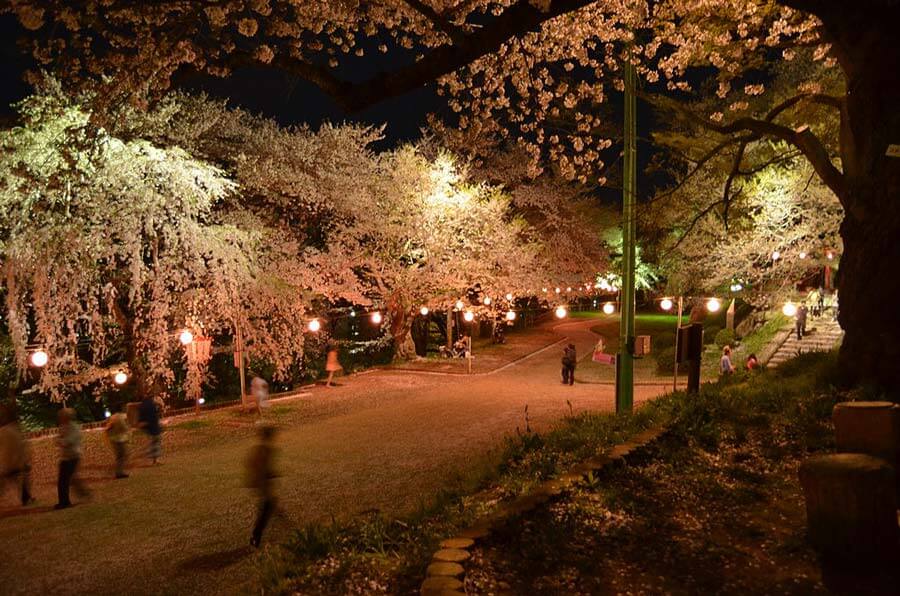 In late January, the entire Mount Yaedake becomes vibrantly pink as more than 7,000 sakura trees go into full bloom. It is the very first Japanese cherry blossom festival of the year and is celebrated with several fun events: The Miss Sakura beauty pageant, a musical performance by the Motobu Junior High School brass band, traditional taiko drumming, various kids shows, a game of tug-of-war and lots of dancing.

People can enjoy picnics in beautiful bright pink settings during the day while the evenings are ideal for taking romantic walks along the breathtaking sakura lined illuminated streets. 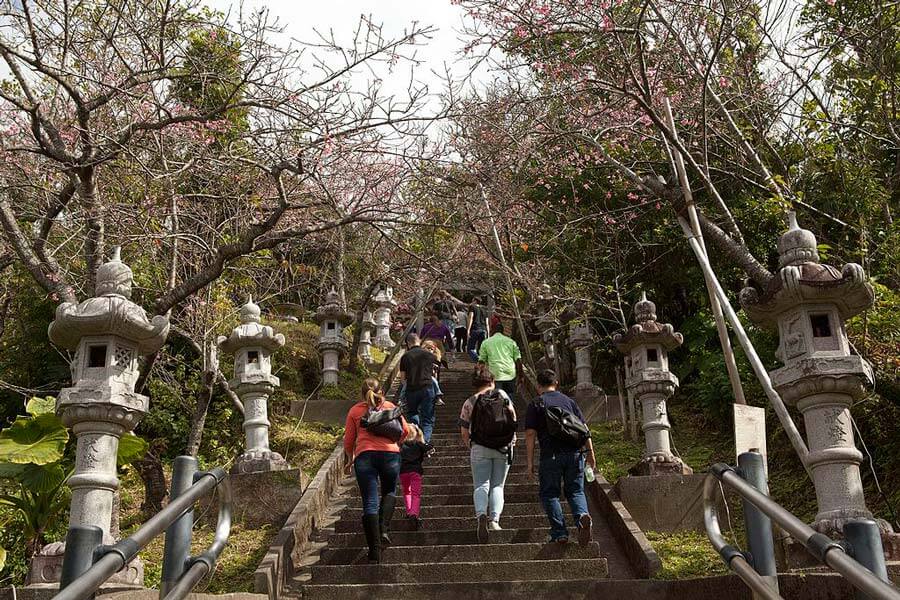 The Nago Cherry Blossom Festival takes place in Central Park each year on the last weekend of January. People can enjoy surreal sceneries provided by 25,000 sakura trees while doing forest walks, exploring the castle ruins, and the Nago shrine. Also, the festivities extend beyond the park to the downtown area, so there’s more than enough space for everyone.

Besides the sakura, the Nago Central Park is a highly popular destination in its own right. Other attractions include: Food stalls, an observatory overlooking Nago City with the East China sea, a kids play area, and a suspension bridge. 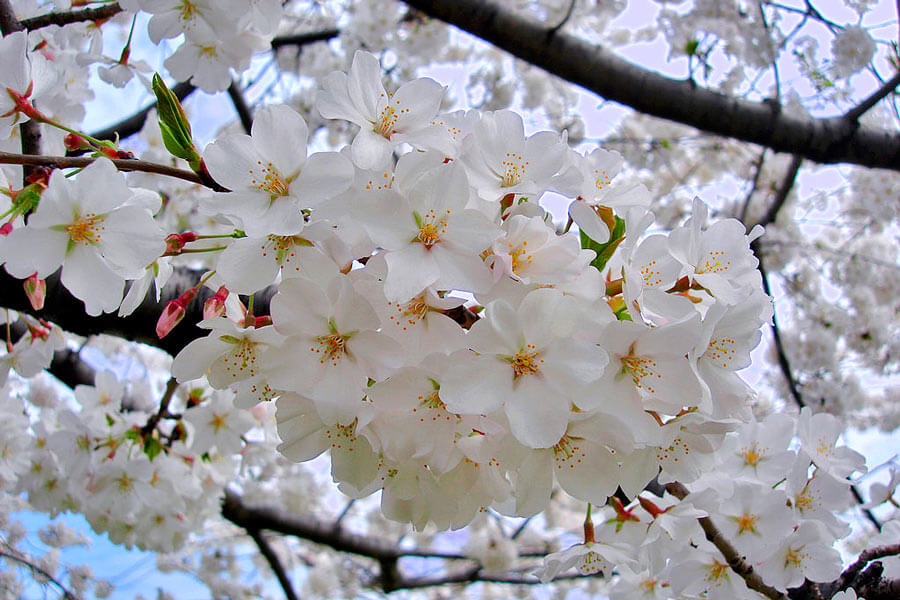 The Nakijin Castle Ruins is a popular tourist destination and for a good reason, but during the cherry blossom season, it becomes so much better. At the festival, visitors can enjoy food stalls along with a variety of other activities, but it’s the evening illuminations that truly makes the place look surreal. 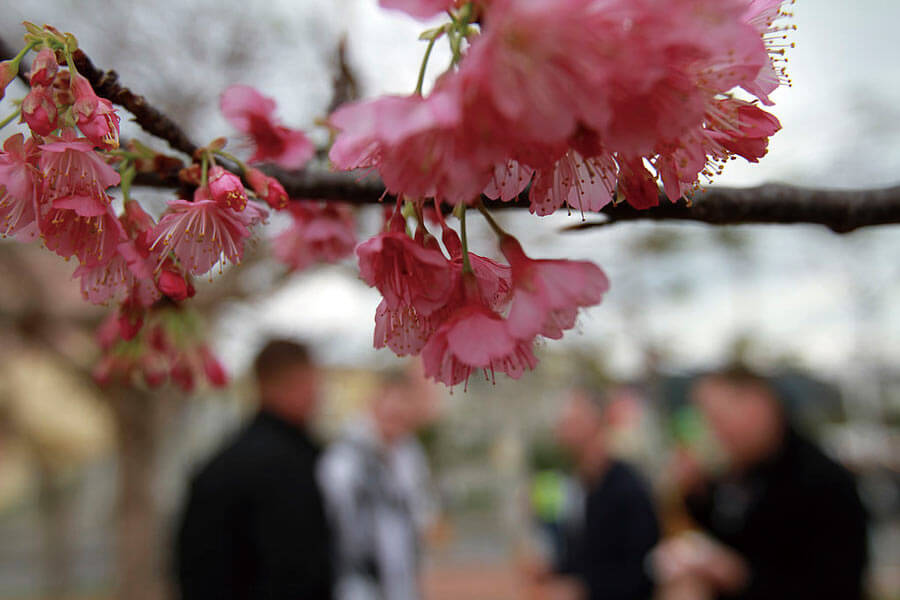 Yaese Park is part of the Yaese Castle grounds. From there, you will see a spectacular view of southern Naha city and the Kerama Islands; however, it’s the walkway lined with 500 cherry blossom trees, which really stands out. For a truly surreal experience, walk the pathway between 18:00 and 21:00 when the sakura trees are beautifully lit up. 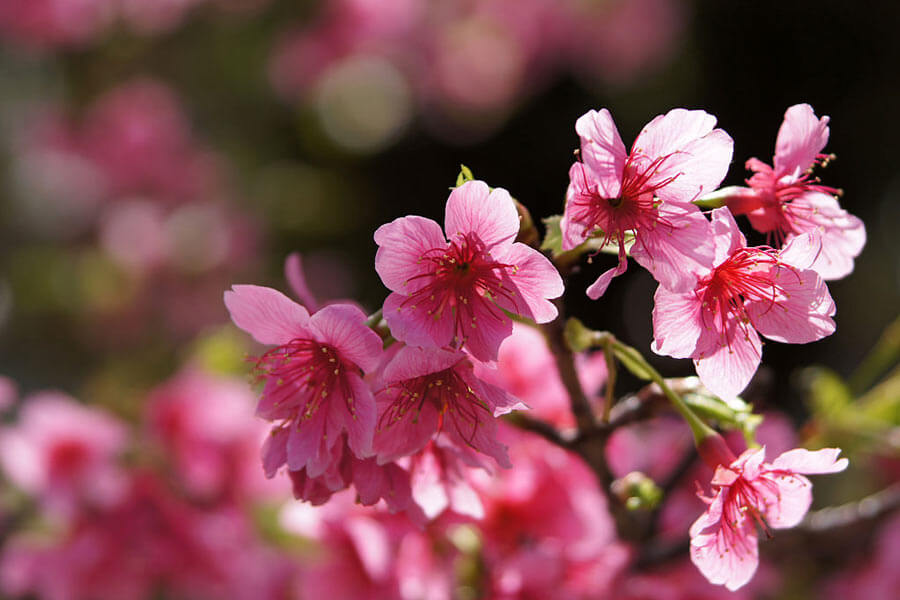 Each year from February to March, the 400 sakura trees lined along the Yogi river banks are in full bloom. The actual park is located in Naha City, and during the cherry blossom season, you will see families/couples having picnics along the pink petal covered riverbanks. During the festival, you can enjoy many cultural presentations and food stalls while kids can be entertained at the petting zoo and a large outdoor play area.

Japanese Puzzle Boxes
The Japanese puzzle box with its complex underlying mechanics and aesthetic appeal were once used by everyone from travelers, housewives, an...
Watch Sumo in Tokyo
If your trip to Tokyo coincides with a locally held sumo tournament, then watching one of these matches is a must. We will reveal when, wher...
Tatami Mats
Tatami mats have been a common feature in Japanese households for many centuries - and the same still applies to this day. But not many West...
Hashima Island
Hashima Island goes by various other names. Some call it Gunkanjima which translates to Battleship Island and some even refer to the desolat...
The Best Japanese Tea Sets
The Japanese have spent many centuries perfecting the art of growing high quality tea and what better way is there to enjoy it than with an ...